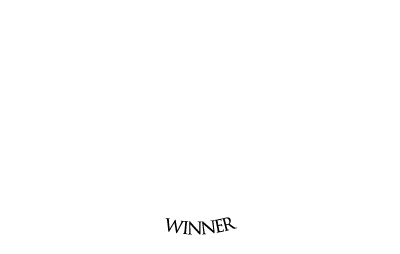 Difficulties aside, the actor was absolutely astounding. Writer and director Patrick Sandford is the only character on stage and portrays the child at various stages in his life, as well as his abuser. Every character has a distinct tone of voice and mannerisms, with each one as convincing as the last.

He plays his parts with such passion and sincerity, it wasn’t surprising to learn that he had based it on his own life. This was only revealed after the show had finished but the way he captured the audience with his performance had already achieved the empathy and respect that was rightly afforded.

Unrelated to his life were the references to Hiro Onoda, a Japanese Imperial Army intelligence officer who guarded his post, unbeknown to him, for nearly 30 years after WWII was over, and Adolphe Sax, inventor of the Saxophone. Seemingly unconnected, these stories were important metaphors in the picture Sandford paints. We learn Sax lived his childhood perils very publicly with many near-death experiences growing up which are referenced here to create a stark contrast to the boy who couldn’t relieve himself of his secret and pain until late adulthood.

Tying in with this reference, the piece also included a live saxophonist, intended to interrupt the monologues, but rather than offering a moment of relief, it was extremely loud and often high pitched, so when sitting in such a small space it exacerbated the intensity.

After the show, the audience were permitted to remain and discuss the piece with Sandford and a representative from Mankind, a Sussex-based charity that offers men the opportunity to talk about their experiences of abuse and who have heavily supported the show. It was surprising to hear that although previously performed for specific audiences and therapy groups, including the police, this was its first outing for a ticketed audience.

Both educational and highly provocative, the audience seemed to be in silent agreement that this show should continue to be made public. The way in which such a tough topic was presented without reducing it to stereotypes or inciting a witch hunt was intelligent and the poetic use of language in the script really proved how accomplished Sandford is as a writer and actor.

Brilliantly performed, heart breaking but still somehow hopeful, it is difficult viewing but a story that most definitely needs to be told. Sandford and his team deserve congratulations for making such an important piece of theatre that could really bring about an important and much needed change in the way we currently confront child abuse.

BAIT with Live Score by Gwenno and Georgia Ellery

Call of Cthulhu: A Cold Case

Three extraordinary stories: a betrayed schoolboy, a Japanese soldier and the inventor of the saxophone. An enchanting evening showing how theatre can transform past wounds that so many share. The story’s raw emotional power has gripped audiences in Norway, UK and the USA. Intelligent. Unmissable.